You are here: Home / Archives for Patti Smith

1966, The Who begin two days of recording at IBC Studios and Pye No. 2 Studio in London. During the sessions the group records The Regent's "Barbara Ann," The Everly Brothers' "Man with Money," Martha and the Vandellas' "Heatwave," and the theme to the then smash hit TV show Batman. The tracks are intended for a new album tentatively titled Jigsaw Puzzle. Kit Lambert produces … END_OF_DOCUMENT_TOKEN_TO_BE_REPLACED

1964, The Rolling Stones played their first-ever live date in the US when they appeared at the Swing Auditorium, San Bernardino, California. The Stones were supporting their first album release The Rolling Stones, in North America. 1965, The soundtrack album to The Sound of Music started a 10-week run at number one on the UK chart. It returned to the top of the charts on no … END_OF_DOCUMENT_TOKEN_TO_BE_REPLACED 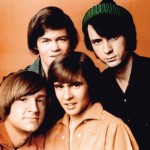 1966, Filming began on The Monkees first TV series. 1968, Jimi Hendrix appeared at Hallenstadion, Zürich, Switzerland. 1968, Working on what will become the White Album, The Beatles add overdubs of bass and vocals on "Revolution." After numerous overdubs have been added, the final six minutes of the song evolved into chaotic, jamming, with Lennon repeatedly shouting … END_OF_DOCUMENT_TOKEN_TO_BE_REPLACED

1966, The Beach Boys released the album 'Pet Sounds.' The album is now regarded as the masterpiece of composer-producer Brian Wilson, and is often hailed as one of the best and most influential albums in popular music. 1966, Dylan’s iconic Blonde On Blonde album was released, reaching No.9 in the US charts and No.3 in the UK. Rock's first double album, and Dylan's seventh … END_OF_DOCUMENT_TOKEN_TO_BE_REPLACED