You are here: Home / Music / BritPop / Song Of The Day – “Groovy Movies” by The Kinks 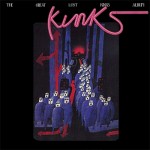 That distinction goes to Reprise Records RS-6309 which would have been released in late 1967 or early 1968 as Four More Respected Gentlemen. But for reasons unknown, that record was never released and ultimately its best tracks finally saw the light of day on The Kinks Are The Village Green Preservation Society, and judging by the quality of that platter, we can all be thankful that The Great Lost Kinks Album never materialized anyway. You follow?

By 1971, The Kinks jumped ship to RCA Records and released the also wonderful Muswell Hillbillies album, while still owing their old label Reprise two more records. The first of the contractual agreement records was the superb and super necessary two record set known as The Kink Kronikles that featured many Kinks’ hits, should-have-been-hits and numerous necessary rarities that Kinks fans were grateful to wrap their ears around.

The second contractual album was the fourteen track, rarity filled Great Lost Kinks Album that featured songs recorded between 1966 and 1970, and was released on Reprise in 1973. On it were songs written for a British TV show (“When I Turn Off The Living Room Light” (one of Raymond Douglas Davies finest) and “Where Did The Spring Go?” from Where Was Spring? ), a film soundtrack (“Till Death Do Us Part” from the film adaptation of the TV show of the same name), a British single (“Plastic Man”), a B-side (“I’m Not Like Everybody Else”), lots of album outtakes including off cuts from Something Else (“Lavender Hill” and “Rosemary Rose) and Village Green (“Misty Waters” and “Mr. Songbird), plus several Dave Davies tracks that were recorded for his ill-fated never released solo record including (“There Is No Life Without Love,” “This Man He Weeps Tonight” and today’s Song Of The Day, “Groovy Movies.”)

“Groovy Movies” is very much a product of its time with its swinging arrangement, colloquial lyrics and driving horn arrangement. And as for the sadly out of print Great Lost Kinks Album, Kink kastoffs like the ones included within are way better than most groups’ keepers.

God Save The Kinks!