You are here: Home / Music / Alternative / Song Of The Day – “Today’s Supernatural” by Animal Collective 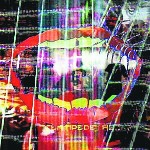 Psychedelia is alive and well and living in…Maryland? Well at least in Animal Collective’s case, it hails from Maryland. In a musical world where little is truly ever new, Animal Collective consistently tap into the past to create a sound that’s wholly their own. Like a wigged out Yes or a Beach Boys on acid, the sound of Animal Collective is like nothing else you’ve ever heard.

David Portner (aka Avey Tare), Noah Lennox (aka Panda Bear), Josh Dibb (aka Deakin) and Brian Weitz (aka Geologist) were grade school friends who went away to different colleges, but would reconvene back in Maryland to make music during breaks. After college they began to work together regularly. Forming a collective, rather than a band, gave them the freedom to work alone, in pairs or all together based on who was available at the time, resulting in their 2009 breakthrough record, Merriweather Post Pavilion, having only three of the four members in the lineup. While not working together, each member of the group has recorded outside projects, with Panda Bear becoming a successful recording artist in his own rite, and Brian Weitz becoming a marine biologist.

During their early days, the collective would take to the stage wearing masks and makeup, in an effort to feel more comfortable in front of people. They did this from 2000-2006 until the notoriety of the masks began to overtake their music. Today, their live shows feature elaborate lighting, with the band typically performing mostly new and unheard material, sometimes years before it is released. I saw the band perform today’s Song Of The Day at the Pitchfork Music Festival back in 2010, only to have it finally turn up two years later on this year’s stellar album, Centipede Hz. It seems the face makeup has made a reappearance in this, the official video that accompanied the release of this song as a single.

In 2010, the group branched out into film with the release of a “visual album” called ODDSAC, featuring music and videos developed at the same time and edited live in real time. While, I’ve not personally seen this film, or heard the accompanying sound track, based on their prior modus operandi, it must be one far out experience.