You are here: Home / Music / Blues / Song Of The Day – “I Love Blues” by Wes Montgomery 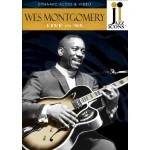 Perhaps one of the greatest guitarists in Jazz, right up there with Django Reinhardt, Grant Green, Charlie Christian, Gabor Szabo and George Benson! Wes Montgomery only walked this earth for a short time, but he left behind a lasting legacy of recordings that never fail to astound.
Montgomery hailed from Indiana and idolized the guitar playing of Django Reinhardt and Charlie Christian. He didn’t begin to play the guitar until the age of 20, and then primarily lead his own small groups. He recorded sessions with the likes of Wynton Kelly, Jimmy Smith, Milt Jackson, Cannonball Adderly and Nat Adderly, and was once recruited by John Coltrane to join his group, although he declined in favor of leading his own.
Throughout the 1960s, he recorded prolifically for the Riverside, Verve and A&M record labels and was nominated for many Grammy Awards, winning one in 1966 for his recording of “Goin’ Out of My Head.”
The other day, a friend of mine sent me a link to this Live 1965 Wes Montgomery performance, and after watching the whole thing (that’s 78 jaw-dropping minutes of greatness), I was floored enough to make it my Song Of The Day for today.
The genesis of the performance is from a DVD series called Jazz Icons and if the quality of the other volumes in the series is this good, I’m going to have to check them all out. The DVD features three pro-shot performances from 1965, filmed in Holland, Belgium and England. The combo work and guitar playing is superb throughout, and I particularly like listening to the between song comments and conversations.
The Holland set features Wes Montgomery on guitar, Pim Jacobs on piano, Ruud Jacobs on bass and Han Bennink on drums performing “I Love Blues,” “Nica’s Dream,” “Love Affair” (rehearsal) and “The End Of A Love Affair.” The Belgium combo includes Montgomery, Arthur Harper on bass, Harold Mabern on piano and Jimmy Lovelace on drums on the tunes “Impressions,” “Twisted Blues,” “Here’s That Rainy Day,” “Jingles,” and “Boy Next Door.” The final performance hails from England and features Montgomery with Rick Laird on bass, Stan Tracey on piano and Jackie Dougan on drums performing the songs “Four On Six,” “Full House,” “Here’s That Rainy Day,” “Twisted Blues” and “West Coast Blues.”
The Jazz Icons series also includes volumes by Dexter Gordon, Sarah Vaughan, Dave Brubeck, Charles Mingus, John Coltrane, Duke Ellington, Sonny Rollins, Cannonball Adderly, Bill Evans, Rahsaan Roland Kirk, Lionel Hampton, Oscar Peterson, Nina Simone, Anita O’Day, Jimmy Smith, Woody Herman, Coleman Hawkins, Errol Garner, Art Farmer, Art Blakey, Ella Fitzgerald, Quincy Jones, Louis Armstrong, Chet Baker, Dizzy Gillespie, Buddy Rich, Thelonious Monk and Count Basie.
Shortly after reaching wide acclaim in 1968, Montgomery suffered a heart attack at home and died at the young age of 45 years old. There’s precious little footage available of Montgomery in action, so it is a blessing to be able to have this document to attest to his greatness.