You are here: Home / Music / Classic Rock / Song Of The Day – “Tonight I’ll Be Staying Here With You” by Cher 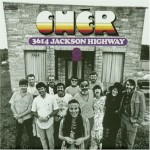 When one thinks of interpreters of Bob Dylan, the name Cher doesn’t automatically come to mind. But she was, in fact, a huge champion of Dylan’s songs, and his songs fit her voice like a glove. Over the years, Cher has covered such Dylan copyrights as “All I Really Want To Do” (a #15 hit),“Lay Lady Lay” (titled “Lay Baby Lay” on her version), “I Threw It All Away,” “Don’t Think Twice, It’s All Right,” “Like A Rolling Stone,” “Masters Of War,” “The Times, They Are A-Changin’” and today’s Song Of The Day, “Tonight I’ll Be Staying Here With You.”

Cher cut her version of “Tonight I’ll Be Staying Here With You” when it was a new song from Dylan’s just-released “Nashville Skyline.” Her version was released on the 1969 album “3614 Jackson Highway,” titled for the address of Muscle Shoals Studios in Alabama.

The idea of bringing Cher to Muscle Shoals to work with Jerry Wexler, Tom Dowd and Arif Mardin (who had also produced Dusty Springfield’s Dusty In Memphis album) was a brilliant one, and the results produced a terrific album that was not particularly well received when released and, unfortunately, didn’t sell well either.  Although Wexler does get a production credit on the record, he was not present for the recording of Cher’s vocals because he came down with pneumonia during the sessions. He did, however, choose all of the songs for Cher to record.

One of the reasons the album might not have sold so well was that back in 1969 the address and the studio were a completely unknown entity. In fact, Cher’s album was the first record cut there.  The studio was formed in 1969 by musicians Barry Beckett (keyboards), Roger Hawkins (drums), Jimmy Johnson (guitar) and David Hood (bass) who had left the legendary FAME Studios, founded by Arthur Alexander, to launch Muscle Shoals.

Cher remains one of our greatest interpreters of song, especially in the 1960s, and for this album she adeptly covered Buffalo Springfield’s “For What It’s Worth,” Otis Redding’s “(Sittin’ On) The Dock Of The Bay,” Dr. John’s “I Walk On Gilded Splinters,” Dan Penn and Spooner Oldham’s “Cry Like A Baby” (a hit for The Box Tops), Chips Moman and Dan Penn’s (by way of Aretha Franklin) “Do Right Woman, Do Right Man” and three of the above named Dylan songs, including today’s Song Of the Day.

The musicians on the sessions were Eddie Hinton on lead guitar, Jimmy Johnson on rhythm guitar, Barry Beckett on keyboards, Dave Hood on bass and Roger Hawkins on drums. The record was re-released by Rhino Handmade in 2001 and augmented with another 12 songs Cher cut for Atco that went unreleased.