You are here: Home / Archives for Alice Cooper 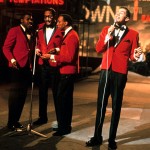 1965, Motown releases Smokey Robinson & the Miracles' "The Tracks of My Tears." It was a number two hit on the Billboard R&B chart, and reached number 16 on the Billboard Hot 100. Belatedly released in the UK in 1969, it became a Top Ten hit that summer, reaching number nine. 1966, The Beatles fly to Germany, where they will begin their last world tour. The Rolling … END_OF_DOCUMENT_TOKEN_TO_BE_REPLACED

1964, The Rolling Stones played their first-ever live date in the US when they appeared at the Swing Auditorium, San Bernardino, California. The Stones were supporting their first album release The Rolling Stones, in North America. 1965, The soundtrack album to The Sound of Music started a 10-week run at number one on the UK chart. It returned to the top of the charts on no … END_OF_DOCUMENT_TOKEN_TO_BE_REPLACED

1967, Procol Harum, The Jimi Hendrix Experience and Denny Laine all appeared at The Saville Theatre London, England. 1967, The Monkees wins an Emmy for Outstanding Comedy Series, beating out Andy Griffith, Bewitched, Get Smart, and Hogan's Heroes. 1968, Having been arrested the month before on charges of marijuana possession, Rolling Stone Brian Jones elects for trial by … END_OF_DOCUMENT_TOKEN_TO_BE_REPLACED 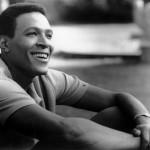 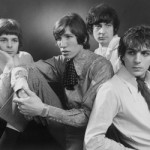 1967, Pink Floyd begin two days of recording with producer Joe Boyd, working on the tracks "Interstellar Overdrive," "Arnold Layne," "Let's Roll Another One" and "Nick's Boogie." 1967, The Bee Gees made their Top Of The Pops debut performing "New York Mining Disaster" on the UK TV show. 1968, Jimi Hendrix moves into a London townhouse formerly owned by the Messiah's … END_OF_DOCUMENT_TOKEN_TO_BE_REPLACED