You are here: Home / Archives for Captain Beefheart & His Magic Band 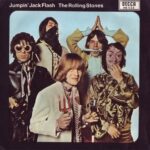 1966, Captain Beefheart appeared at the Whisky a Go Go. West Hollywood, California. Supported by Buffalo Springfield and The Doors. 1967, Jimi Hendrix played at Gröna Lund in Copenhagen, Denmark. 1968, The Paul Butterfield Blues Band appeared at the Grande Ballroom in Detroit, Michigan. 1968, Mick Jagger and Marianne Faithfull are arrested on charges of marijuana … END_OF_DOCUMENT_TOKEN_TO_BE_REPLACED

As if it wasn't enough that last year finally saw the release of the great lost "Smile" album by The Beach Boys, this year we get the original "Bat Chain Puller" by the good Captain Beefheart. The story in a nutshell involves financial finagling back in 1976 by Herb Cohen, the manager of both Frank Zappa and Captain Beefheart. Zappa and Beefheart had just finished a joint tour … END_OF_DOCUMENT_TOKEN_TO_BE_REPLACED