You are here: Home / Archives for Electronic

Somewhere between the robotic synchronicity of Philip Glass and the electro-crunch of LCD Soundsystem that threatens to dance yerself clean, lies the sound of Dan Deacon’s latest record “America.” Some categorize it as electronica…others contemporary classical…I just listen and marvel at one of the truly original artists making music today. Case in point is this […]

One of the stranger headliners of this weekend’s Pitchfork Music Festival in Chicago will be Grimes…and it is one of the things that makes the Pitchfork Festival so great is that an artist as off the beaten path as Grimes can indeed end up as a headliner. Canadian born Claire Boucher made a splash on […]

Up until a few days ago, I had heard of Atlas Sound but never heard them. Andrew Freedman, a Facebook friend of mine whose father was a good concert buddy of mine in the 1970s, posted this on his page as one of his “Daily Music” posts. When I pushed play, I was promptly whisked […]

Along with Fatboy Slim, The Crystal Method, Groove Armada, The Propellerheads and The Prodigy, The Chemical Brothers introduced the world to an influential dance oriented “Big Beat” music driven by heavy breakbeats in the early 1990s. The duo of Tom Rowlands and Ed Simons called themselves “The Dust Brothers” after the influential U.S. producers of […]

Shagadelic indeed! Literally hundreds of records were released during the 1960s carrying the Enoch Light name. Light was born in Ohio and was a vice president of easy listening record label, Grand Award, before founding Command Records in 1959. Light’s stock in trade was state-of-the-art mood music records that took full advantage of the capabilities […]

Not only were Kraftwerk purveyors of early ‘70s progressive rock, they pretty much single handedly invented the electronic Techno-Pop music that paved the way to the dance music we hear today from LCD Soundsystem and Daft Punk. This oft-sampled title track from their 1977 album has popped up in recordings by Afrika Bambaataa & Soulsonic […] 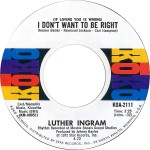