You are here: Home / Archives for ESPN

It has been quite the magical season for the Northwestern Wildcats, the only team in a power conference to never make the NCAA Tournament. That run might finally end with the help of a 68-55 win over Indiana at Welsh-Ryan Arena. In a crowd that had quite the large amount of red to go along with purple at the arena, the Indiana fans went home disappointed as the Hoosiers shot … END_OF_DOCUMENT_TOKEN_TO_BE_REPLACED 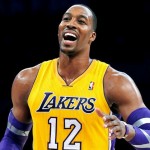 For the ZERO of the week, how about Dwight Howard?   In what has become commonplace, once more he’s deciding where he wants to play next season.   He does not like playing in LA, because he wants to be ‘the main guy’, but he also wants there to be other really good players on his team so he can win a title.     When he got traded to LA last year, many picked them to make a … END_OF_DOCUMENT_TOKEN_TO_BE_REPLACED