You are here: Home / Everything Else / Commentary / Hero and Zero of the Week 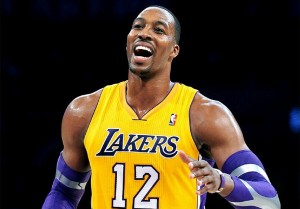 For the ZERO of the week, how about Dwight Howard?   In what has become commonplace, once more he’s deciding where he wants to play next season.   He does not like playing in LA, because he wants to be ‘the main guy’, but he also wants there to be other really good players on his team so he can win a title.     When he got traded to LA last year, many picked them to make a serious run for the title, joining other Centers, (Wilt, Jabbar, Shaq), who won titles after being traded/signing with the Lakers.    But he was a total flop, despite still being one of the most talented, gifted players in the league.   And he sealed his reputation by getting thrown out, (intentionally it looked like) from their final playoff loss against San Antonio.     Maybe he should play with the Clippers, so he could join last week’s ZERO, Doc Rivers.

On a better note, we’ll choose ESPN as the Hero of the Week.  Most of you have probably seen this awesome, awesome video, Going Home.   Through the years we’ve seen tremendous clips with soldiers returning home, and surprising their family by meeting them at sporting events, always a nice thing to see.   So ESPN did a collection of some of the best ones.  The one I have here is longer than what I’ve seen so far, both on ESPN AND Fox News.    It’s so good, that Fox News, (and some other networks I’d guess) have shown it, giving credit to ESPN .     I will do the same, choosing ESPN as the HERO of the Week.  No better time than July 4th to show this!