You are here: Home / Archives for Gilbert O’Sullivan

1965, The final recording session for The Beatles Rubber Soul album took place, at Abbey Road, London. They needed four new songs to finish the album so an old song "Wait" is pulled off the shelf and work is completed on "I'm Looking Through You." The band recorded two new songs from start to finish. Paul's "You Won't See Me," about his relationship with Jane Asher, and John's … END_OF_DOCUMENT_TOKEN_TO_BE_REPLACED 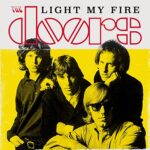 1966, Eric Clapton, Jack Bruce and Ginger Baker made their unofficial live debut as Cream at The Twisted Wheel, Manchester, England. The official unveiling came two nights later at the Sixth Annual Windsor Jazz & Blues Festival. 1966, Bob Dylan was injured when his Triumph motorcycle crashed near his home in Woodstock, New York. Though the extent of his injuries was … END_OF_DOCUMENT_TOKEN_TO_BE_REPLACED

You can deride ol' Gilbert O'Sullivan all you want, but you can't deny the guy wrote his own hits...and they were indelible. Perhaps, his getup of a floppy hat and short trousers didn't make you stand up and shout...or maybe ballads like "Alone Again (Naturally)" and "Clair" weren't to your liking. But his 1973 hit, "Get Down," made up for all that moroseness (is that a word?) … END_OF_DOCUMENT_TOKEN_TO_BE_REPLACED