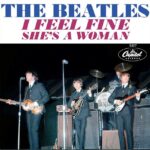 1964, The Beatles release their single "I Feel Fine" in the U.K. and perform on the British TV show Ready Steady Go! Beatles manager Brian Epstein denies US reports that he will sell his contract with the band "at any price." 1965, The Who's “My Generation" reaches its UK peak at number two, being beaten out of first place by The Seekers' “The Carnival Is Over."The Who play … END_OF_DOCUMENT_TOKEN_TO_BE_REPLACED

1967, This was the 10th date on a 16-date UK package tour that Pink Floyd played alongside The Jimi Hendrix Experience, The Move, The Nice, The Eire Apparent, The Outer Limits and Amen Corner. Tonight's date was at the Palace Theatre, Manchester, and as with all of the dates, there were two shows per night. 1967, The promotional film of The Beatles "Hello, Goodbye" was aired … END_OF_DOCUMENT_TOKEN_TO_BE_REPLACED 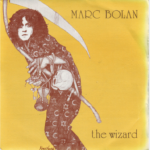 1964, The Rolling Stones are banned from the BBC for unprofessionalism after showing up late for appearances on the radio shows Top Gear and Saturday Club. 1965, Dave Clark Five perform at Maple Leaf Gardens in Toronto. 1965, Marc Bolan appeared live on the UK TV show Five O'Clock Funfair, performing "The Wizard." 1967, The Who appeared at The New Barn, Lions Delaware … END_OF_DOCUMENT_TOKEN_TO_BE_REPLACED 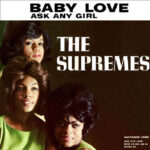 1964, The Supremes became the first all girl group to have a UK chart topping single when "Baby Love" went to the top of the charts. 1965, David Bowie and the Lower 3rd appeared at The Marquee Club, London. 1965, The Kinks, The Who, Georgie Fame & The Blue Flames, The Hollies, Wilson Pickett and The Golden Apples Of The Sun all appeared at the Glad Rag Ball, Wembley … END_OF_DOCUMENT_TOKEN_TO_BE_REPLACED 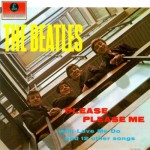 1963, The Beatles received silver LP discs for Please Please Me and With the Beatles at a ceremony held at EMI House in London. They also received a silver EP for Twist and Shout, and a silver single for "She Loves You." The band then attend a cocktail party and a formal lunch in the EMI boardroom with company executives and invited guests.  1964, On the TV show … END_OF_DOCUMENT_TOKEN_TO_BE_REPLACED