You are here: Home / Archives for Marshall Tucker Band 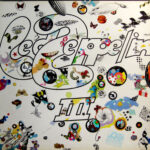 1964, Bob Dylan performs a Halloween concert at New York's Philharmonic Hall. CBS is recording the show for a possible live album. Dylan shows off a new composition called "Advice to Geraldine on Her Miscellaneous Birthday." 1964, Ray Charles was arrested by Logan Airport customs officials in Boston and charged with possession of heroin. This was his third drug charge, … END_OF_DOCUMENT_TOKEN_TO_BE_REPLACED 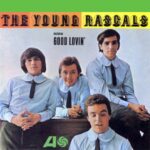 1966, The Kinks appeared at the Mecca Ballroom, Nottingham, England. 1966, The Young Rascals topped the Pop charts with  “Good Lovin'.” This is the first of three number one songs for group, which later records as just The Rascals. 1966, The Who perform at The Witchdoctor at the Savoy Room in Catford, England. 1967, Pink Floyd performed at the Tabernacle Club, … END_OF_DOCUMENT_TOKEN_TO_BE_REPLACED

Before he became a right-wing zealot, recording TV-sold religious records, Charlie Daniels was a superb session musician, songwriter and producer. Daniels wrote songs for Elvis Presley (“It Hurts Me”) in the early 1960s, and played on numerous late ‘60s sessions for producer Bob Johnston including on records by Johnny Cash, Leonard Cohen, Marshall Tucker Band and three Bob … END_OF_DOCUMENT_TOKEN_TO_BE_REPLACED