You are here: Home / Archives for Neil Diamond 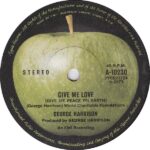 1966, The Beatles played the first of five shows at Budokan Arena in Tokyo. There were over 200,000 ticket applications. Brian Epstein did not allow the networks to broadcast the first show due to the poor performance and equipment issues. 1969, Fleetwood Mac, Pentangle and Duster Bennett all appeared at London's Royal Albert Hall "Pop Proms." 1969, King Crimson played … END_OF_DOCUMENT_TOKEN_TO_BE_REPLACED

1966, The Small Faces appeared live at the Marquee Club in Wardour Street, London. Admission cost $1.05 1967, Pink Floyd performed at The Dance Hall, Eel Pie Island Hotel, Twickenham, England. 1968,The Beatles were at Studio Two at Abbey Road studios, where they recorded "Good Night," John Lennon’s lullaby for his 5-year-old son Julian. It was said to be inspired by Cole … END_OF_DOCUMENT_TOKEN_TO_BE_REPLACED 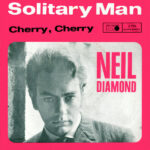 1966, The Beach Boys, The Byrds, Love, Captain Beefheart, The Lovin Spoonful and Percy Sledge all appeared at The Hollywood Bowl, Hollywood, California. 1966, Jackie Wilson was arrested for inciting a riot and refusing to obey a police order at a nightclub in Port Arthur, Texas. Wilson had a crowd of 400 whipped into a frenzy and refused to stop singing when requested to do … END_OF_DOCUMENT_TOKEN_TO_BE_REPLACED

1965, Working at Abbey Road studios in London The Beatles completed work on the new Paul McCartney song "Yesterday" with the overdubbing of an additional vocal track by McCartney and a string quartet. They also recorded "Act Naturally" for Ringo's vocal contribution on the Help! album and the song "Wait" in four takes. "Wait" will not be included on ‘Help!’, it was included on … END_OF_DOCUMENT_TOKEN_TO_BE_REPLACED

1966, Supergroup Cream released their debut studio album Fresh Cream in the UK. The power trio of Eric Clapton, Jack Bruce and Ginger Baker also released their second single "I Feel Free" on the same day. 1967, The Doors appeared at the New Haven Arena, New Haven, Connecticut. Before the show, a policeman found singer Jim Morrison making out with an 18 year-old girl in a … END_OF_DOCUMENT_TOKEN_TO_BE_REPLACED