You are here: Home / Archives for Robert Fripp

Song Of The Day - "Elephant Talk" and "Thela Hun Ginjeet" by King Crimson Their lineup changes were numerous, but for my money this was the best and most musically consistent lineup King Crimson ever had with the mighty Adrian Belew on guitar and vocals, Tony Levin on stick and bass, Bill Bruford on percussives and, of course, Robert Fripp on guitar and devices. The lineup … END_OF_DOCUMENT_TOKEN_TO_BE_REPLACED

After the demise of King Crimson in 1974, Robert Fripp spent several years laying low before entering a period of high activity from 1977-1980, resulting in some of his most interesting collaborations. Starting in 1977, Fripp joined Brian Eno in Germany to add guitar parts to David Bowie’s “Heroes.”  This was followed by Fripp’s production of albums for Daryl Hall (Sacred … END_OF_DOCUMENT_TOKEN_TO_BE_REPLACED

Nothing can match the rush you get from hearing a newly remastered version of a record you’ve lived with for nearly 40 years, especially if the remastering job is done right. It’s all about the nuances you never knew were there that magically appear, making something that had been so ingrained in your memory sound brand new again. Such was the blissed out rush I experienced … END_OF_DOCUMENT_TOKEN_TO_BE_REPLACED

Well, here we are deep in the heart of Presidential debate season, and all we are getting is a bunch of “Elephant Talk.” No matter what your views are, one listen to this essential King Crimson track should put us all in agreement that it’s just “Talk…it’s only talk.” By 1981, King Crimson were coming off a seven year layoff following their 1974 swansong “Red,” with a brand new … END_OF_DOCUMENT_TOKEN_TO_BE_REPLACED 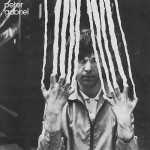 Author of the daily InternetFM music column "Song of the Day," Eric Berman joined me live in the Acid Flashback Radio studios for an afternoon and brought some great music by Peter Gabriel, Robert Fripp and David Bowie, a couple of vintage Who songs, and newer material from Jack White, eels, and an obscure group called Unknown Mortal Orchestra.  You will also her some parody … END_OF_DOCUMENT_TOKEN_TO_BE_REPLACED