You are here: Home / Music / Alternative / Song Of The Day by Eric Berman – “Elephant Talk” by King Crimson 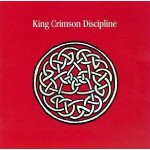 Well, here we are deep in the heart of Presidential debate season, and all we are getting is a bunch of “Elephant Talk.” No matter what your views are, one listen to this essential King Crimson track should put us all in agreement that it’s just “Talk…it’s only talk.” By 1981, King Crimson were coming off a seven year layoff following their 1974 swansong “Red,” with a brand new lineup featuring Robert Fripp on lead guitar, Adrian Belew, who had already toured with David Bowie and Frank Zappa and was currently working with Talking Heads on rhythm guitar, Tony Levin on Chapman Stick (bass) and Bill Bruford on drums. Not only was this a new lineup for the mighty Crimson, but with it came a new streamlined and somewhat danceable sound. Indeed, Fripp had already experimented with dance music in his instrumental group The League Of Gentlemen, and with the addition of Belew who was fresh off the road with Talking Heads, they cemented this new more approachable direction for the band. The resultant album was called “Discipline” and it is a stunner that stands mighty tall in their immense catalog. This particular lineup was one of the band’s most stable, lasting for a three years and the release of the albums “Beat” in 1982 and “Three Of A Perfect Pair” in 1984. During this period the band toured relentlessly around the world until Fripp decided to dissolve the band on the last night of the “Three Of A Perfect Pair” tour. “Talk…it’s only talk…”