You are here: Home / Archives for Roy Orbison 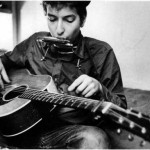 1962, During sessions for the Freewheelin’ Bob Dylan album, Dylan recorded "A Hard Rain's A-Gonna Fall," and versions of "Hero Blues," "Whatcha Gonna Do," "Oxford Town," and "I Shall Be Free," at Studio A, Columbia Recording Studios in New York City. 1964, The film Ferry Cross The Mersey premiered in London. Featuring Gerry And The Pacemakers, Cilla Black and other Liverpool … END_OF_DOCUMENT_TOKEN_TO_BE_REPLACED

1964, The Beatles released their fourth album Beatles For Sale. The album featured, "No Reply," "I'm a Loser," "Baby's in Black," "Rock and Roll Music," "Eight Days a Week," and "Everybody's Trying to Be My Baby." 1965, The Byrds started a three week run at number one on the singles chart with "Turn! Turn! Turn!" the group's second number one. Unlike their first chart … END_OF_DOCUMENT_TOKEN_TO_BE_REPLACED

1965, Donovan made his US television debut on Shindig! along with The Hollies, The Turtles and the Dave Clark Five. 1965, The Rolling Stones performed at the Gaumont Theatre in Hanley, Staffordshire, UK. Also on the bill were The Moody Blues, The Spencer Davis Group, The End and The Habits. 1966, Pink Floyd, along with Soft Machine, held a concert for the London Free … END_OF_DOCUMENT_TOKEN_TO_BE_REPLACED

1967, The Jimi Hendrix Experience appeared on UK music show Top Of The Pops. 1967, Filming continued for The Beatles Magical Mystery Tour in South West England. The Beatles searched for a quiet, secluded field in which they could conduct filming, but once they'd disembarked from the bus and set up for shooting, scores of onlookers began to crowd around, causing a traffic jam … END_OF_DOCUMENT_TOKEN_TO_BE_REPLACED

Some songs are forever changed by the movies that they appear in. For instance, one can't help but feel the pain and helplessness of the police torture scene in the film "Reservoir Dogs" when listening to the Stealers Wheel hit "Stuck In The Middle With You." Roy Orbison's rather innocuous "In Dreams" also took on a more sinister tone when it was used by David Lynch in the film … END_OF_DOCUMENT_TOKEN_TO_BE_REPLACED