You are here: Home / Music / Alternative / Song Of The Day by Eric Berman – “I Just Started Hating Some People Today” by Beck 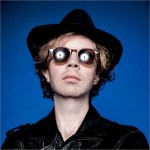 While it’s been four years since Beck released his last album, “Modern Guilt,” he has hardly been idle. In 2009 Beck started a website experiment called “Record Club” where he and other musicians would get together and cover an entire album in one day. The first one was “The Velvet Underground & Nico,” the second was “Songs Of Leonard Cohen” and the third and final one was Skip Spence’s “Oar.” Guests on these ventures included members of Sonic Youth, Wilco, MGMT, Devendra Banhart and Feist. While it was a cool novelty to hear these unreleased cover albums up on the web, fans had not heard a peep of new Beck-penned and performed material in quite some time. In fact, the only other high profile projects we had were production duties for Thurston Moore’s latest solo record “Demolished Thoughts” and Stephen Malkmus & The Jicks’ superb “Mirror Traffic” album. So it was with great anticipation when word came out that Beck would cut a single with Jack White at Third Man Records. This past May, the resultant two songs from the sessions were released as a single with this song as the A-side and a song called “Blue Randy” on the flip. While both songs are good, they are hardly a major statement from an artist so highly regarded for innovation. So here we are on the precipice of even more current happenings from the Beck camp when last week it was announced that Beck was ready to release a new 20-song album this December called “Song Reader.” Oh, but there is a catch…Beck is choosing to release the album only in sheet music form complete with full color art. So it will be in the hands of the fans to perform the songs before we get to hear the material for real.