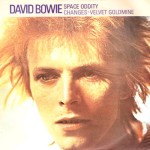 1967, Jimi Hendrix and the Jefferson Airplane perform at San Francisco's Fillmore. 1968, The Who appeared at Durham University, Durham, England. 1969, Young David Bowie signs with Mercury Records. The label has to wait three years for him to produce a successful follow-up to "Space Oddity." 1969, Jimi Hendrix plays the Newport Jazz Festival for a whopping $125,000. At … END_OF_DOCUMENT_TOKEN_TO_BE_REPLACED 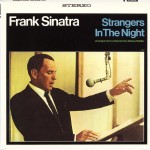 1964, The Rolling Stones play their first American show at a Lynn, Massachusetts high school football stadium. They also make their American TV debut on The Les Crane Show. An Associated Press reporter notes, "They are dirtier and streakier and more disheveled than the Beatles, and in some places, they are more popular than the Beatles." 1966, Frank Sinatra was at number one … END_OF_DOCUMENT_TOKEN_TO_BE_REPLACED 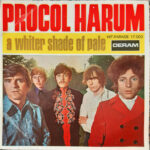 1965, Blues harmonica player, singer and songwriter, Sonny Boy Williamson died in his sleep. Van Morrison, Aerosmith, The Who, The Animals, Yardbirds, and Moody Blues all covered his songs. According to the Led Zeppelin biography Hammer of the Gods, touring the UK in the 60's, Sonny Boy set his hotel room on fire while trying to cook a rabbit in a coffee percolator. 1965, … END_OF_DOCUMENT_TOKEN_TO_BE_REPLACED

1964, The Beatles arrived back from their first US trip at Heathrow Airport and were greeted by thousands of fans. Also on this day The Beatles scored their second chart topping album with The Beatles Second Album. It displaced Meet The Beatles! from the top of the charts. 1965,  The Beatles' "Ticket to Ride " surpassed Herman's Hermits  "Mrs. Brown, … END_OF_DOCUMENT_TOKEN_TO_BE_REPLACED

1966, The Who performed at Birmingham Hippodrome in Birmingham, West Midlands, England. 1967, Pink Floyd appeared at Blue Opera Club, held at at The Feathers public house in London, England. A patron threw a penny a Roger Waters resulting in gash to his forehead. 1968,  Keith Moon, drummer with The Who, drove his Lincoln car into a Holiday Inn swimming pool while … END_OF_DOCUMENT_TOKEN_TO_BE_REPLACED