1965, The Rolling Stones announced that Allen Klein, who they had met three days earlier, would co-manage the group along with Andrew Long Oldham. At the same time, The Stones signed a five-year recording deal with Decca Records.

1965, The Beach Boys “California Girls” was at No.3 on the singles chart,the single peaked at No.26 in the UK. The music for the song came from Brian Wilson’s first LSD experience.

1965, Bob Dylan played the first night of a 40 date North American tour at Forest Hills Tennis Stadium in New York City. Dylan played the first set solo and was backed by a band consisting of Robbie Robertson, Levon Helm, Harvey Brooks and Al Kooper in the second set. This format, one acoustic and one electric set was kept through-out the tour.

1966, Nearing the end of their final tour of America, The Beatles performed one show at Dodger Stadium, Los Angeles, California, before a crowd of 45,000. The Beatles’ attempt to escape from the stadium in an armored truck is thwarted when the main gate was found to be locked, and The Beatles have to spend two hours in the back of the truck before they can leave the stadium.

1968, Simon and Garfunkel started a five-week run at No.1 on the album chart with ‘Bookends’.

1968, Working at Trident Studios, London, The Beatles started recording a new John Lennon song ‘Dear Prudence’. They built the song instrument by instrument, utilizing the 8-track equipment at Trident. John and George played guitars, while Paul plays drums to compensate for Ringo, who had quit The Beatles on August 22.

1969, The Grateful Dead played at Family Dog at the Great Highway, in San Francisco. The site was at the former Edgewater Ballroom, part of the Playland At The Beach complex. Family Dog had to relocate there after being forced out of the Avalon Ballroom.

1970, During a four-week engagement at The International Hotel in Las Vegas, a security guard at the hotel received a phone call in which he was told Elvis Presley would be shot during his last show. The person demanded $50,000 to reveal the name of the potential killer. Later that day a menu was found in Elvis’ mail at the hotel on which Elvis’ face was destroyed and a gun had been drawn pointing to his heart. The threats were taken very seriously. Elvis played his last show without any incident.

1971, Mott the Hoople led off the acts at the Weeley Festival, Clacton on Sea, Essex, England. Artists on the bill that day also included Rory Gallagher, Caravan, Lindisfarne, The Faces with Rod Stewart, and Van Der Graaf Generator took the stage at 11:30. 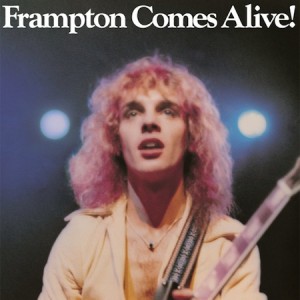 1976, Peter Frampton’s Frampton Comes Alive is in its third week at number one in the US. It will be knocked out briefly by Fleetwood Mac’s Fleetwood Mac before reclaiming the top spot on Spetember 11th.

1977, Yes appeared at Freedom Hall in Louisville, Kentucky, which is adjacent to Churchill Downs, home of the Kentucky Derby.

1981, Producer Guy Stevens died at the age of 38 years old, having overdosed on prescription drugs he was taking to reduce his alcohol dependency. Worked with Mott The Hoople, Free and The Clash. He was the president of the Chuck Berry Appreciation Society and it was Stevens who brought Berry to the UK for his first tour. He gave Procol Harum and Mott the Hoople their distinctive names.

1983, Thin Lizzy appeared at the Reading Festival, along with the Climax Blues Band, Little Steven & The Disciples of Soul, Opposition, Sad Café, Steve Harley & Cockney Rebel, Ten Years After, and The Enid. It would be bassist/vocalist Phil Lynott’s last UK performance.

Get more Today in Rock history