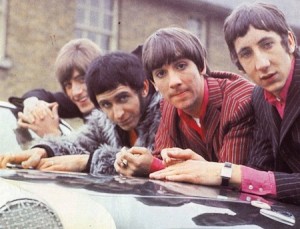 1966, The Who begin two days of recording at IBC Studios and Pye No. 2 Studio in London. During the sessions the group records The Regent’s “Barbara Ann,” The Everly Brothers’ “Man with Money,” Martha and the Vandellas’ “Heatwave,” and the theme to the then smash hit TV show Batman. The tracks are intended for a new album tentatively titled Jigsaw Puzzle. Kit Lambert produces and Paul Clay engineers.

1968, Janis Joplin plays the first of two nights at The Palace of Fine Arts Festival in San Francisco. 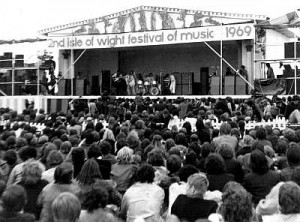 1969, One hit wonders Zager and Evans started a three week run at number one on the UK singles chart with “In The Year 2525.” The song was written by Rick Evens in 1964.

1970, The Rolling Stones kicked off a 20-date European tour in Malmo Sweden.

1972, John Lennon and Yoko Ono played Madison Square Gardens to raise money for the One to One charity. Stevie Wonder, Sha Na Na and Roberta Flack also appeared at the event. Lennon personally bought $60,000 worth of tickets which were given to volunteer fund-raisers. Several of the performances were later included on Lennon’s, Live in New York City album.

1972, David Bowie performed at the Rainbow Theatre in London.

1974, The Ramones made one of their many appearances at CBGB in New York City.

1975, KC and the Sunshine Band went to number one on the US singles chart with, “Get Down Tonight.”

1975, Eric Clapton played at the Scope, in Norfolk, Virginia. 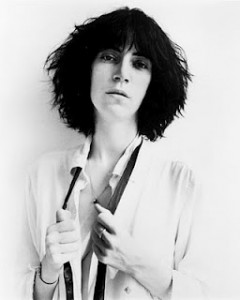 1975, Rod Stewart had his fifth UK number one album when Atlantic Crossing started a five-week run at the top of the charts.

1986, Steve Winwood went to number one on the US singles chart with “Higher Love,” a number 13 hit in the UK.

1992, Appering at this year’s Reading Festival, England, Suede, Ride, Pavement, Public Enemy, Manic Street Preachers, (bassist Nicky Wire smashed his guitar in two and hurled it into the crowd, hitting a security guard who needed 16 stitches). This was one of the most famous in the festival’s history. Nirvana played what was to become their last UK concert, and one of their most famous. Kurt Cobain took to the stage in a wheelchair pushed by music journalist Everett True, parodying speculations about his mental health.

1995, Sterling Morrison, a founding member of the Velvet Underground died of cancer at his home in New York City two days after his 53rd birthday. The guitarist left the group in August 1971 and re-joined in 1992 for a European tour.

1995, Carly Simon and James Taylor performed live together in front of 10,000 fans on Martha’s Vineyard, Massachusetts. It was the first time they appeared live on the same stage since 1979. The former couple played their own solo sets before combining their efforts in raising money for the local agricultural society.

2013, A signed copy of John Lennon’s whimsical 1964 book In His Own Write sold for more than $5,600 on eBay. The book featured short stories, poems and drawings.

2014, Kate Bush followed her stage comeback by becoming the first woman to have eight albums in the UK charts at the same time. Two of the singer’s albums were in the top 10, and eight overall in the top 40. It came after she returned for her first live concerts for 35 years.