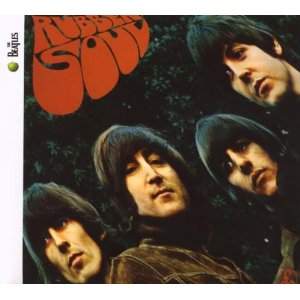 1965, The Beatles had the number one album in the US for the third Christmas in a row. Rubber Soul sat atop the LP chart in 1965, following Beatles For Sale in 1964 and With The Beatles in 1963. The Fab Four would repeat this feat again in 1968 with The Beatles (The White Album) and again in 1969, with Abbey Road.

1965, The Who appear on Ready Steady GO! performing “Jingle Bells” and an otherwise unreleased instrumental called “You Rang”  with John Entwhistle imitating Lurch the Butler from The Addams Family TV series. A poor audio copy of these tracks does still exist.

1967, The Bee Gees performed their Christmas special live from Liverpool Cathedral, England which was broadcast on UK TV.

1968,  Led Zeppelin leave Britain to start their first American tour. Robert Plant remembered, “It was Christmas, and Christmas away from home for the English is the end of the world.”

1968, Yes performed at the Speakeasy Club in London.

1973, Tom Johnson of the Doobie Brothers was arrested in Visalia, California and charged with possession of marijuana. His court date is set for January 10th, the same day the band’s new LP is to be released. The album is ironically titled What Were Once Vices Are Now Habits. 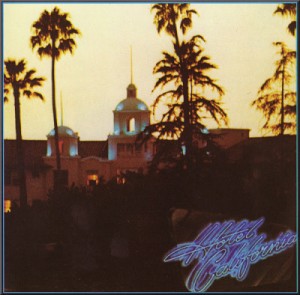 1976, Hotel California, The Eagles’ sixth album, spent the first of eight non-consecutive weeks at the top of the Billboard chart. It was the band’s first LP with Joe Walsh and last with bassist Randy Meisner, which has now sold over 16 million copies.

1977, The Bee Gees started a three week run at number one on the singles chart with “How Deep Is Your Love,” the group’s 4th chart topper. It stayed in the top ten for 17 weeks giving it the longest chart run in history.

1977, The Kinks performed at the Rainbow Theatre in London.

1977, The Sex Pistols played their last ever UK gig, (until 1996), before splitting, at Ivanhoes in Huddersfield. It was a charity performance before an audience of mainly children.

1983, The Police appeared at The Brighton Centre, Brighton, England on their Synchronicity Tour.

1988, American glam metal band Poison started a three-week run at number one on the US singles chart with “Every Rose Has Its Thorn.”

1994, Pearl Jam went to number one on the US album chart with Vitalogy. Their third studio album was first released on vinyl record, followed by a release in other formats two weeks later.

2009, Larry Knechtel, the keyboard player for Bread, died following a heart attack at the age of 69. Knechtel earned a Grammy award for his arrangement of Simon and Garfunkel’s “Bridge Over Troubled Water” and also performed with Neil Diamond, Randy Newman, Ray Charles, The Beach Boys, The Doors, Elvis Presley, Hank Williams Jr., The Dixie Chicks and Elvis Costello.

2012, American musician Ray Collins died aged 76. Collins was the lead vocalist on early Mothers of Invention albums, including Freak Out!, Absolutely Free, and Cruising with Ruben & the Jets and continued to contribute to other Frank Zappa projects through the mid-1970s.

Link to the Today in Rock History archive