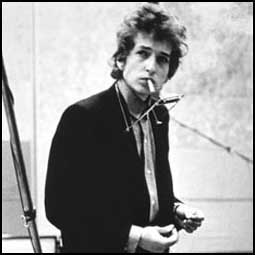 1964, During an evening session Bob Dylan recorded “Mr. Tambourine Man” at Columbia Recording Studios in New York City. This was the first session for the album Another Side Of Bob Dylan, which saw Dylan recording fourteen original compositions that night.

1967, Pink Floyd played two gigs in one day, the first at the College of Commerce in Hull, and then the UFO at The Blarney Club, Tottenham Court Road, London, England.

1967, The Monkees kicked off a North American summer tour at the Hollywood Bowl in California.

1968, Cream performed at the Grande Ballroom in Detroit, Michigan.

1969, The Rolling Stones announce that guitarist Brian Jones will be replaced by the John Mayall Band’s Mick Taylor.

1970, The Who appeared at the Fillmore Auditorium in Denver, Colorado.

1970, Jimi Hendrix played at the Mid-South Coliseum in Memphis, Tennessee.

1972, The Rolling Stones appeared at the Hollywood Palladium in Los Angeles. 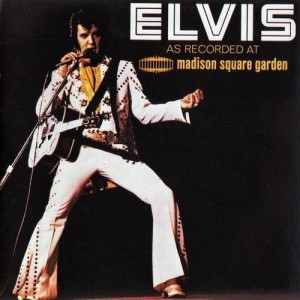 1973, The Grateful Dead play the first of two nights at RFK Stadium in Washington, D.C.

1975, Windsor Davies and Don Estelle were at number one on the UK singles chart with “Whispering Grass.” It was a spin-off from the BBC TV sitcom It Ain’t Half Hot Mum. The song was originally recorded by The Ink Spots in 1940.

1975, Pink Floyd performs at the Capital Centre in the Washington suburb of Landover, Maryland. Tickets cost $7.50.

1978, The Rolling Stones released Some Girls, their first studio album recorded with Ronnie Wood as a full member. The album cover was designed by Peter Corriston and featured The Rolling Stones in garish drag alongside select female celebrities and lingerie ads. The cover immediately ran into trouble when Lucille Ball, Farrah Fawcett, Liza Minnelli, representing her mother Judy Garland, Raquel Welch, and the estate of Marilyn Monroe threatened legal action.

1983, David Bowie appeared at the Auteuil Hippodrome in Paris

1998, The Ronettes appeared in the Supreme Court of New York for their lawsuit against producer Phil Spector. The Ronettes, whose hits included “Be My Baby” and “Walking In The Rain,” claimed that Spector had breached the group’s 34-year-old contract by paying the members no royalties since 1963. Although The Ronettes went on to win the case, the New York State Court of Appeals overturned the decision in October, 2002, saying that the contract the Ronettes signed with Spector in 1963 was still binding.