You are here: Home / Music / British Invasion / Today in Rock History – May 21 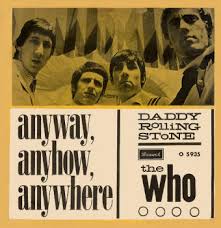 1965, The Who’s second single, “Anyway Anyhow Anywhere” backed with “Daddy Rolling Stone” is released in the UK on Brunswick. Derek Johnson in New Musical Express calls is “a wild racer, with just about every conceivable gimmick…it commands attention and should do well.”

1967, Jimi Hendrix signed with Reprise Records on the US Warner Brothers label. They released the guitarist’s three studio albums Are You Experienced?, Axis: Bold as Love, and Electric Ladyland.

1967, Pink Floyd was at Studio 3, EMI Studios, Abbey Road, St. John’s Wood in London to record songs for their debut album, Piper At The Gates Of Dawn.

1968, The Monkees appeared at The Olympia Stadium, Salt Lake City.

1971, UK rock group Free announced that they were splitting up. 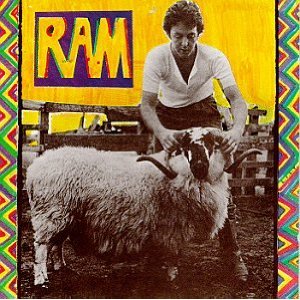 1974, Two would-be concert promoters were arrested by police on fraud charges in connection with selling mail order tickets for a forthcoming “Elten John” show. The misspelling help detect their fraud. Police took away over $12,000 in checks.

1976, The Rolling Stones begin a six-night stand at London’s Earls Court. Reviews of the show are the first to describe the band as “dinosaurs.”

1977, Rod Stewart was at number one on the singles chart with the double A sided single “I Don’t Want To Talk About It / First Cut Is The Deepest.’

1977, Stevie Wonder started a three week run at number one on the singles chart with his tribute to Duke Ellington, “Sir Duke,” his sixth US chart topper. It made it to number two in the UK.

1977, Grateful Dead performed at Lakeland Civic Center, Lakeland, Florida, a show that can be heard on Dick’s Picks #29.

1979, Elton John started a tour of Russia, when he played the first of eight concerts making him the first Western star ever to do so.

1982, The Hacienda Club was opened in Manchester, England. Madonna made her UK TV debut at the club when C4 music show The Tube was broadcast live. It was home to many Manchester acts and Oasis, Happy Mondays, U2, The Smiths, Charlatans, James, M People, who all played at the club.

1983, David Bowie went to number one on the US singles chart with “Let’s Dance,” featuring blues guitarist Stevie Ray Vaughan. It was Bowie’s first single to reach number one on both sides of the Atlantic. The music video was made by David Mallet on location in Australia including a bar in Carinda in New South Wales, featured Bowie playing with his band while impassively watching an Aboriginal couple’s struggles against metaphors of Western cultural imperialism.

1988, Prince scored his first UK number one album with Lovesexy. The cover, based on a photo by Jean Baptiste Mondino, caused some controversy upon release as it depicts Prince in the nude. Some record stores refused to stock it, or wrapped the album in black.

1994, The Manchester United Football Club, along with Status Quo, were at number one on the UK singles chart with “Come On You Reds.”

2006, Madonna played the first of three sold out nights at The Los Angeles Forum in California, the first dates on her Confessions Tour. The 60-date tour grossed over $260 (£162.5) million, becoming the highest grossing tour ever for a female artist.

2011, Adele went to number one on the US singles chart with “Rolling In The Deep,” taken from her second studio album, 21. The video to the song was nominated for seven MTV Video Music Awards nominations, “Rolling in the Deep” was also the Billboard Year End Hot 100 Number One Single of 2011.  The song received three 2012 Grammy Awards for Record of the Year, Song of the Year, and Best Short Form Music Video.