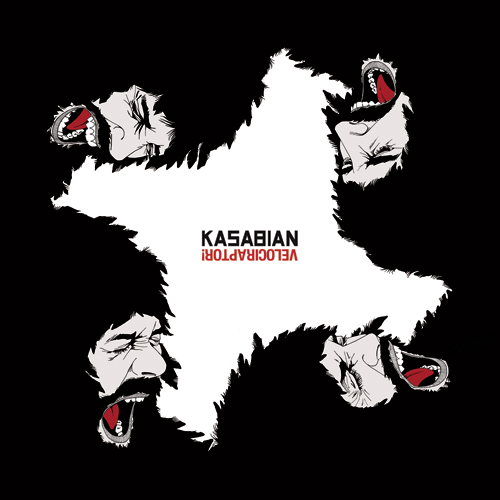 ….Leicester’s finest Kasabian’s previous album, ‘West Ryder Pauper Lunatic Asylum’ was the band’s most successful to date. It was also bonkers, drawing together late-60s psychedelia, anthemic rock and a song named after a cleaning agent. It was very well named. So where to go from there?

All the signs are that the boys are well-placed to fill the void left by their spiritual forebears, Oasis. However, anyone with a modicum of interest in their previous work will be aware that, despite appearances and attitude, Kasabian are cut from a different, far more surprising, cloth.

It has become traditional for their albums to open with a direct punch to the gut; ‘Club Foot’, ‘Empire’ and ‘Underdog’ all left the listener reeling. Never ones to be predictable, ‘Velociraptor!’ (do not underestimate the importance of that exclamation mark) opens with the sound of a loud gong, followed by some mystical chanting.

Read the full review at Rokpool.com