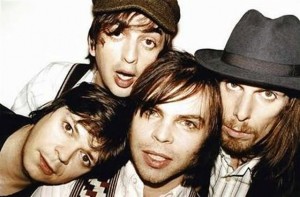 2005 was a decent year for Rock’n’roll and the release of the fifth studio album from one time Brit Pop darlings Supergrass turned out to be one of the most neglected pieces of the time.

Let’s set the record straight. Supergrass should have been huge. Instead they turned out to be one of those bands who rock fans name as their second favourites. Like a ‘Madness’ for modern times.

It was probably this album, given that British guitar music was back en vogue……