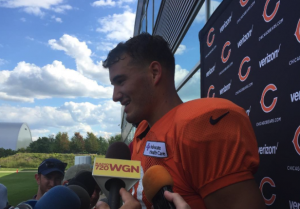 They’re back!  This 2017 NFL season preview show features Les Grobstein of the Score 670 Chicago and our NFL expert Jeff Rich taking a look at the upcoming football season. We are also joined by John Poulter with a MLB update and a soccer discussion of the first few weeks of the English Premier League.

Hear interviews from Mike McCarthy and Packers GM Ted Thompson, along with rookie Mitch Trubisky of the Chicago Bears.

Tune in every week during the 2017 NFL season.