You are here: Home / Peabody's Picks / Song of the Day -Three Man Army: “In My Eyes” 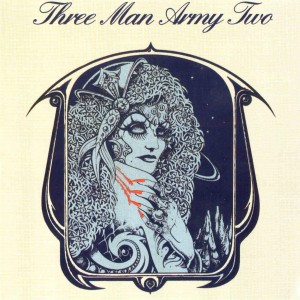 Greetings music lovers, and welcome to England, 1974. The brothers Gurvitz (if that name sounds familiar, hang on for a few sentences), after a Top 10 UK hit (“Race With The Devil”)with their previous band, The Gun, put out what, in spite of the name, is actually their third album, Three Man Army Two, featuring them and drummer Tony Newman (previously of Rod Stewart and later of David Bowie). The album includes today’s featured song, which sounds A LOT like early solo Peter Frampton, “In My Eyes”.
A fourth album was not to be, but the brothers went on to record 3 albums with Cream drummer Ginger Baker as the Baker Gurvitz Army, which is why the surname is familiar to you.