You are here: Home / Music / Alternative / Song of the Day by Eric Berman – “Saddle Up The Palomino” by Neil Young 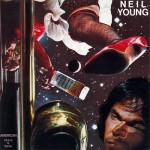 American Stars And Bars was one of Neil Young’s most patchy albums, but that’s not because the material on the record is lacking. Quite the contrary, the songs are pretty much top notch throughout this “Whitman Sampler” of styles and sounds. However, the record does seem to get unfairly knocked for several reasons…

For one, the record was recorded in several sessions between 1974 and 1977 with different lineups. This approach to recording doesn’t lend itself to a consistent listening experience. The entirety of the first side was recorded in April of 1977 with Crazy Horse and The Bullets (Frank Sampedro, Billy Talbot, Ralph Molina, Ben Keith, Carole Mayedo (on violin) and backing vocals by “The Saddle Bags,” Linda Ronstadt and Nicolette Larson.) The album offers a patchwork of styles from down home country to straight up ragged rock, on the songs “The Old Country Waltz,” “Hey Babe,” “Hold Back The Tears,” “Bite The Bullet” and today’s Song Of The Day by Eric Berman, which was co-written by Tim Drummond and Bobby Charles. (Bobby Charles is well known as the writer of such hits as “See You Later Alligator” and the Fats Domino standard “Walkin’ To New Orleans,” which Young would later cover after Hurricane Katrina.)

The second half of the record includes the intimate “Star Of Bethlehem” from November of 1974 backed by Emmylou Harris, Ben Keith, Tim Drummond and Karl T. Himmel, “Will To Love,” which is just Neil on his acoustic guitar surrounded by a crackling fire for over seven blissful minutes, circa May 1976, and the mighty Crazy Horse appear on the album’s last two songs, the classic definitive version of “Like A Hurricane,” and the Crazy Horse throwaway “Homegrown,” which both date back to sessions that took place in November of 1975.

Others fault the record for what it wasn’t…namely the shelved album Chrome Dreams. The track listing for the still-unreleased album that was originally slotted in on Warner’s schedules for March of 1977, was to include an early, more intimate, version of “Pocahontas,” “Too Far Gone,” “Captain Kennedy” (which wouldn’t appear until 1980 on Hawks And Doves), “Stringman” (which didn’t come out until Decade in 1976), early and very different versions of “Sedan Delivery” and “Powderfinger” (which along with “Pocahontas” wouldn’t appear until 1979 on Rust Never Sleeps in different versions), “Look Out For My Love” (later to appear on Comes A Time in 1978), plus “Will To Love,” “Star Of Bethlehem,” ”Like A Hurricane” and “Hold Back The Tears” as they all appeared on American Stars and Bars. It is also interesting to note that both “Homegrown” and “Star of Bethlehem” were originally slotted for an album that was to be released in 1975, called Homegrown. This album was also shelved and has never seen the light of day.

It’s also worthy to make note of the Dean Stockwell-designed cover art to American Stars and Bars, which in my estimation is the coolest of all of Neil Young’s albums covers. The striking image is of a slumped over, passed out woman (Stockwell’s friend, Connie Moskos) holding a bottle of Canadian Club, with Neil’s equally messed up face pressed up against a glass floor. (It was originally erroneously rumored that the woman was Bob Dylan in drag!) The rear image has an American Indian pastiche.

All in all, Neil Young’s eighth album was originally released in 1977, although it would not see release on CD until 2003, when Young felt the HDCD digital quality was up to his high expectations.