You are here: Home / Music / Classic Rock / Song of the Day by Eric Berman – “World Away” by Tweedy 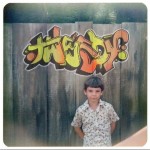 Song of the Day by Eric Berman – “World Away” by Tweedy

Today marks the release date for the first semi-solo outing by Jeff Tweedy of Wilco. Teaming up with his 18 year old son, Spencer and going under the “Tweedy” moniker, the duo have released a sprawling, ramshackle record called Sukierae that brings another double album to mind, The Beatles.

Over its 20 songs, Tweedy cover a vast array of styles which is vaguely reminiscent to The White Album in its scope and some of Paul McCartney’s bedroom recordings of his self-titled 1970 debut album in its unfinished sound. “World Away,” today’s Song of the Day by Eric Berman, also brings to mind the sound of comfortable familiarity and common ground that hearkens back to Bob Dylan & The Band’s Basement Tapes from Big Pink in 1967. (I can’t wait until that comes out!)

Most of the album’s songs are built on drum and guitar grooves that carry the tracks, and songs like the under two minute opener “Please Don’t Let Me Be So Understood” which is a rough-shod rockin’ blast of unfinished business.

With a backdrop of a diagnosis of lymphoma for Susan Miller Tweedy, Spencer’s mother and Jeff’s wife, the album was made as a way for the family to bond and heal as she went through chemo treatments. The album’s title, Sukierae is also her nickname.

After a few days of playing this record, the early highlights for me include “Low Key” which has a catchy set of lyrics that I predict will become a concert favorite, the melodic “Flowering,” and the album’s first single “Diamond Light, Pt. 1,” which is a wiggy piece of psychedelia that builds to a Wilco-esque noise climax.