You are here: Home / Music / Big Band / Song Of The Day by Eric Berman – “Bond Street” by Enoch Light 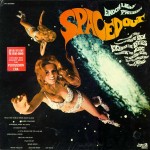 Shagadelic indeed! Literally hundreds of records were released during the 1950s and 1960s carrying the Enoch Light name. Light was born in Ohio and led The Light Brigade, which was a big band that primarily played on the radio and in theaters that scored the 1937 hit “Summer Night.” After they disbanded, they became a studio-only entity.

Light was a vice president of the Grand Award easy listening record label before founding Command Records in 1959. Light’s stock in trade was state-of-the-art mood music records pressed on virgin vinyl that took full advantage of the capabilities of stereo hi-fi systems of the day by featuring ping-pong stereo effects. The albums were some of the first to use 35mm film as a recording method instead of tape, providing crystal-clear distortion free sound.

The packaging on his records, like the classic Persusasive Percussion and Provocative Percussion albums, featured minimalist modern art usually designed by Josef Albers on the covers. The covers were designed to stand out in record bins with heavy cardboard gatefold sleeves featuring copious liner notes about the recording techniques employed within. When you saw one of the covers, you automatically knew it was a Command release.

Light sold the label to ABC in 1965, who in turn sold it to MCA. MCA proceeded to run Command as a budget label, reissuing the records on cheap vinyl with abbreviated single-pocket sleeves minus the original high-gloss art. Light continued to run the label under the new ownership where his later recordings were still recorded, packaged and marketed with the same attention to detail as they were from before the sale.

Today’s Song Of The Day comes from one of Light’s later Command projects, the 1969 album Enoch Light Presents Spaced Out – Exploratory Trips Through The Music of Bach, Bacharach & The Beatles – Integrating The Moog, The Guitar Scene, Electric Harpsichord, Flugel Horns, etc…. The album included super swingin’ stereo versions of the Burt Bacharach and Hal David songs “Walk On By,” “What The World Needs Now Is Love” and “Knowing When To Leave,” plus Beatle covers of “Ob-La-Di, Ob-La-Da,” “Get Back,” “Norwegian Wood” and “Eleanor Rigby.” The cover had some of the coolest period graphics I’ve ever seen on any record cover ever.

By 1970, the label was no longer profitable and MCA shut it down. Light continued working, both as an arranger/conductor and headed up an all new audiophile record label, Project 3 Records, which was marketed by London Records.