You are here: Home / Music / British Invasion / Song Of The Day – “18th Avenue” by Cat Stevens 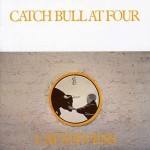 By 1972, not everything was moon shadows and peace trains for Cat Stevens. The bloom was off of the rose and his unease with stardom and the state of the world began to overpower his songs. Such was the world inhabited by Cat Stevens’ fourth album, Catch Bull At Four.

It was a far more dour affair than the albums Teaser And The Firecat and Tea For The Tillerman that preceded it; however the album was no less popular, shooting up to the number one position in the U.S. charts for several weeks.

In the album, Stevens’ dealt with his own well-being on “Sitting” and “Can’t Keep It In,” his Greek heritage on “O Caritas,” his shifting religious beliefs on “The Boy With The Moon And Star On His Head” and “Silent Sunrise,” and his ever-darkening world view on “Ruins” and “Freezing Steel.”

Today’s Song Of The Day conjures feeling of paranoia as it paves the way for what would come on his next album, Foreigner, where he stretched his ideas into the side-long “Foreigner Suite.”