You are here: Home / Featured Video / Song Of The Day – A Case Of You – by Prince 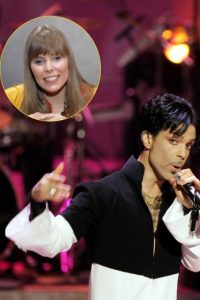 Prince has got balls! Here he attempts to bring his own special flavor to a cover of a Joni Mitchell classic that originally appeared on the album “Blue.” His version is interesting and certainly carries his own soulful stamp on the proceedings. The recording was part of the “A Tribute To Joni Mitchell” album featuring Elvis Costello, Bjork, Sufjan Stevens, k.d. lang, Emmylou Harris and others taking a chance on a Joni song. While the collection is eclectic and entertaining, one thing is for certain…nobody sings Joni Mitchell like the artist herself…and anybody who thinks they can do better is sadly mistaken.