You are here: Home / Music / Classic Rock / Song Of The Day – “Joy In Repetition” by Prince 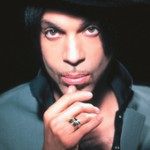 There are guitarist who can play from the head, but rarer are the guitarists who play from the heart….you know, the ones whose emotions are left out hangin’ to dry with each note. Jimi Hendrix did…so did Jerry Garcia and Stevie Ray Vaughan. Derek Trucks sure does and so does Neil Young. Here we have the dynamo known as Prince who is perhaps the greatest living performer we have today. He is certainly one of the best performers I’ve ever seen. His guitar chops are on full display in this live 2002 version of a track that was originally on the 1990 “Graffiti Bridge” soundtrack album. “Bridge” was a crap movie, but it was a great Prince album recorded right before things began to go bad for Prince at Warner Bros. Records. The version of “Joy” heard here was from his “One Nite Alone…Live” box set he self-released in 2002 and was recorded in April of 2002 in New York City.