You are here: Home / Music / Classic Rock / Song Of The Day – “Andmoreagain” by Love 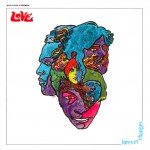 Love were the biggest rock act on the Elektra Record label, and along with The Byrds, were the darlings of the Whiskey a Go Go rock music scene on the Sunset Strip. That was until The Doors came along…

The Summer Of Love wasn’t all sunshine and flower power, and Arthur Lee wasn’t your average psychedelic band leader. For one, Lee was an African American in a white man’s rock world who was leading a mixed-race band. His music was based on his reality reflecting the trials and tribulations of inner city life channeled through a prism of drug addiction, street violence and the Vietnam War. His world was a bummer, and the lyrics on Love’s third album, Forever Changes don’t sugarcoat this fact.  – “Sitting on a hillside, watching all the people die/ I’ll feel much better on the other side” from “The Red Telephone.”

Convinced he was going to die at the age of 22, the group’s most pastoral album Forever Changes was fashioned by Lee as his final testament. The album was a mostly acoustic affair including horns and strings with arrangements by David Angel. It only climbed to #154 in the charts after its release in 1967, however over time the record has risen in stature as one of the great psychedelic rock records from the late 1960s, right up there with The Beatles’ Sgt. Pepper and The Doors eponymously titled debut album.

The first two Love albums were terse psychedelic garage punk guitar albums that established the band as a top-tier draw around Los Angeles. However Love’s popularity was quickly surpassed in 1967 by the self-titled debut album from The Doors, profoundly affecting Arthur Lee and making the band’s clout fall dramatically within the confines of Elektra Records.

Born in Memphis, Lee was raised in the Crenshaw ghetto of Los Angeles and was strongly influenced by Mick Jagger. In contrast, Lee’s songwriting partner, Bryan MacLean was raised on Broadway and classical music and grew up in Hollywood. As a member of the Hollywood elite, he swam in his neighbor Elizabeth Taylor’s pool and dated Liza Minnelli.

Forever Changes was originally to be produced by Neil Young, but he backed out due to commitments with Buffalo Springfield. It is rumored that Young arranged the album track “The Daily Planet,” however Young has denied his involvement. The album was ultimately produced by Arthur Lee and Elektra Records producer Bruce Botnick (who had recently worked with Herb Alpert & The Tijuana Brass which could explain the mariachi trumpet sound on the album’s opening and closing tracks).

The album was also to be the first Love album to use studio session musicians in place of the actual band members who weren’t cutting it in the studio due to their drug-taking extracurricular activities. Wrecking Crew members Billy Strange (guitar), Don Randi (piano), Hal Blaine (drums) and Carol Kaye (bass) were brought in to the studio and were used on today’s Song Of The Day and “The Daily Planet.”

The presence of the studio musicians spurred the band members to clean up their act and they were used in lieu of the Wrecking Crew on the rest of the record. Nevertheless, this was the last Love album to feature the original group lineup of Arthur Lee on lead vocals and guitar, Johnny Echols on lead guitar,  Bryan MacLean on rhythm guitar and background vocals (lead vocals on “Old Man” and co-lead vocals on “Alone Again Or”), Ken Forssi on bass guitar and Michael Stuart on drums and percussion. (Don Randi was kept in the lineup for the sessions since the band didn’t have a regular keyboard player.)

MacLean quit after Forever Changes, but went on to write songs for the likes of Debbie Boone, Patty Loveless and his sister, Lone Justice member Maria McKee. Lee continued to release records under the Love band name, and with many different lineups under his own name until going to jail.

He was sentenced to 12 years in federal prison in the mid-‘90s for illegally discharging a firearm in public. Since he already had a few minor infractions on his record, Lee got caught up in California’s “three strikes you’re out” legislation forcing him to do time.

After serving six years behind bars, Lee was freed in 2002 and returned to the music world backed by a group called Baby Lemonade. With the help of a 15-piece orchestra, Lee and the band went out on tour to perform Forever Changes in its entirety. I still have no idea what I was thinking when I turned down the opportunity to see Love perform the album on this tour…