You are here: Home / Music / Electronic / Song Of The Day by Eric Berman – “Block Rockin’ Beats” by The Chemical Brothers 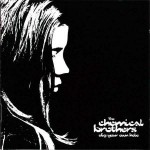