You are here: Home / Music / Classic Rock / Song Of The Day by Eric Berman – “Burnin’ For You” by Blue Oyster Cult 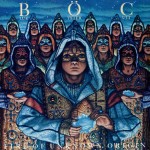 Not my typical fare for Song Of The Day, but a solid FM rock song from the 1970s. Actually, the reason I picked it was that earlier this evening I was making a cup of tea and put a cup of water into the microwave to quickly heat it up. Three minutes later, I reached to get my cup of water and fumbled it resulting in second degree burns on my hand and wrist. One trip to the emergency room later… and a few pain pills…and I’m feeling much better. So here’s your Song Of The Day since earlier tonight I was literally “Burnin’ For You.”