You are here: Home / Music / Classic Rock / Song Of The Day by Eric Berman – “Carpet Of The Sun” by Renaissance 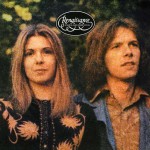 I had almost forgotten about Renaissance, a group I loved back in the 1970s and even went to see once at Radio City Music Hall. It wasn’t until a friend of mine posted a song from their 1975 album “Scheherazade,” that they even crossed my consciousness after all of these years, and the first thing that came to my mind was embarrassment. I seemed to remember that their brand of “airy fairy” progressive music hadn’t held up very well over the years…and I wasn’t sure if my 2012 ears could still stomach the saccharine-sweet vocals of lead singer Annie Haslam. Nevertheless, I turned to my trusty record collection and yanked their catalog of records out and decided to give their 1973 album “Ashes Are Burning” a spin. Lo and behold, the warmth of Haslam’s voice enveloped me with the cozy nostalgia that I still harbored for this group. This song in particular brought me right back to the days of hearing WNEW FM DJ, Scott Muni blathering away about how great Annie Haslam was. The band consisted of Annie Haslam on vocals, Jon Camp on bass and vocals, John Tout on keyboards, Terrance Sullivan on drums and Michael Dunford on acoustic guitar. The original lineup of the band, long gone by 1973, included Keith Relf and Jim McCarty originally from The Yardbirds. Michael Dunford was an original member of the British beat group, Nashville Teens who scored a chart hit on these shores with “Tobacco Road” in 1964. Nostalgia is a powerful thing…and as a good friend of mine has always posited, nostalgia is the past with the pain removed. Listening to Renaissance in 2012 wasn’t as painful as I thought it might be, still slightly embarrassing, but certainly worth the time.