You are here: Home / Music / Classic Rock / Song Of The Day by Eric Berman – “Cry Me A River” by Joe Cocker 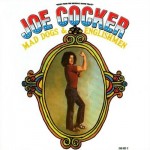 Like most people my age, my first exposure to this Arthur Hamilton-penned track was this rocking Joe Cocker version from “Mad Dogs And Englishmen.” So you can imagine my surprise when I later discovered that the song was originally a sultry ballad that had been a top-ten hit in 1955 for Julie London. The song was originally written for Ella Fitzgerald to sing in the 1955 film “Pete Kelly’s Blues,” but it was dropped from that production. Fitzgerald didn’t get around to recording it until her 1961 album “Clap Hands, Here Comes Charlie!” By that time, the song became closely associated with London. Which brings us to the “Mad Dogs And Englishmen” version of the song. Cocker and company totally recast the song as a barroom rocker on their 1970 tour. The “Mad Dogs” band consisted of Leon Russell, Chris Stainton, Don Preston, Carl Radle, Jim Keltner, Bobby Keys, Rita Cooldige, Jim Price and many others. The group was assembled by Leon Russell after Cocker found out that instead of a few weeks off after a grueling tour, he was booked for another several months on the road and needed a band. After a few days rehearsal, it was decided that they should film and record the tour for release. The album was recorded over four shows in two days at the Fillmore East in New York City on March 27-28th 1970. Six years ago, Hip-O Select released all four shows in their entirety as a limited edition six CD set.