You are here: Home / Music / Alternative / Song Of The Day by Eric Berman – “Consoler Of The Lonely” by The Raconteurs 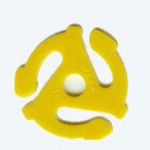 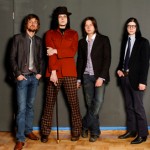 It’s been way too long since they released their last studio album a few years ago for this Jack White-led band featuring singer-songwriter Brendon Benson and members of The Greenhornes. I’ve been a member of Jack White’s Third Man Records’ record club which is a subscription service since its inception and every few months you get an exclusive vinyl LP, a vinyl single and either a DVD or a t-shirt by one of the artists on the label. My tenth shipment came yesterday in the mail and it is a live album by Raconteurs recorded live to tape at Third Man Records headquarters in Nashville from this past September. Pretty ferocious stuff…and I’ve been fortunate to have seen the band a few times in person over the years to confirm it is always this good. Let’s hope this means that there will be more music to come from this great band!