You are here: Home / Music / Song Of The Day by Eric Berman – “The Book Of Rules” by The Heptones 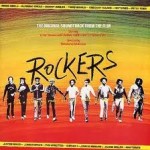 Leroy Sibbles, Earl Morgan and Barry Llewellyn joined forces in 1965 as “The Hep Ones” before changing their name to The Heptones. Their early singles were produces by legendary Jamaican producer Coxsone Dodd at Studio One. This song was a big hit in 1973 and was later featured on the Reggae soundtrack to the 1979 film “Rockers.” They also provided the backing tracks to dozens of Reggae hits by other artists, most notably for Musical Youth’s 1980s hit “Pass The Dutchie.” The original group last recorded together in 1995 and original member, Barry Llewellyn, died on November 23, 2011 in Kingston Jamaica.