You are here: Home / Music / Alternative / Song Of The Day by Eric Berman – “Disseminated” by Soul Coughing 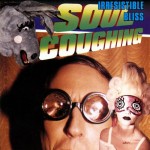 Mike Doughty was once the doorman for The Knitting Factory, a New York City club that specialized in avant garde jazz and off-the-wall rock music. It was through his association with the musicians that frequented the club that Soul Coughing was born. Doughty had been a poet in college and it is his off-beat poetry mingled with the adventurous sampling of cohort Mark De Gli Antoni that typified their music. The original lineup of Soul Coughing featured M. Doughty on guitar and vocals, sampler extraordinaire Mark De Gli Antoni, Sebastian Steinberg on upright bass and drummer Yuval Gabay. The band recorded three exceptional albums “Ruby Vroom,” “Irresistible Bliss” and “El Oso” before suffering an acrimonious breakup over songwriting credits and royalties. Doughty has gone on to release numerous solo records, most of them quite excellent. This song comes from the group’s 1996 second album “Irresistible Bliss.” The featured sample is Raymond Scott’s “The Penguin.” Scott’s music was adapted by Carl Stalling for numerous Warner Bros. “Looney Tunes” cartoons.