You are here: Home / Music / Alternative / Song Of The Day by Eric Berman – “Does Anybody Love You?” by Todd Rundgren 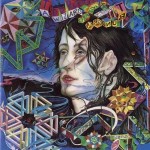 Rodgers & Hammerstein…Lerner & Lowe…Andrew Lloyd Webber…Todd Rundgren? Todd’s name up there with some of Broadway’s most illustrious composers is not so farfetched. Indeed, one can trace the Broadway sensibility Rundgren has harbored for years thorough tracks like “Can’t We Just Be Friends,” “It Wouldn’t Have Made Any Difference,” “Parallel Lines,” “Change Myself,” “Hello It’s Me,” “Love Of The Common Man,” “Healing,” “Cliché,” “Lord Chancellor’s Nightmare Song,” and numerous others, including today’s Song Of The Day. Meanwhile, Rundgren has never shied away from covering show tunes on some of his albums either, including “Never Never Land” (from “Peter Pan”) and “Something’s Comin’” (from “West Side Story”). There was a time during the late 1990s when Rundgren became involved with composing the score for the off-Broadway production of Joe Orton’s “Up Against It.” The play was originally intended to be the Beatles’ next screen project following “Help,” but it never came to fruition. Rundgren composed all the music for the show, but the production never moved past its off-Broadway beginnings. The music from the play was, in fact, released only in Japan with some of its songs making their way to his “2nd Wind” and “Nearly Human” albums. In 1972, Todd Rundgren released his classic album “Something Anything,” which established him on rock radio and was chock-full of Broadway flavored material including its two hit singles “Hello It’s Me” and “I Saw The Light.” For the album’s follow-up in 1973, Rundgren sculpted a psychedelic melange encompassing everything from hard rock to Broadway pop, including the aforementioned cover of “Never Never Land.” Spurred on by The Beatles’ side two medley on “Abbey Road,” the whole first side of “A Wizard, A True Star” is also a whirlwind medley. But tucked away on the second side, is today’s Song Of The Day, one of his most tuneful Broadway-inspired gems.