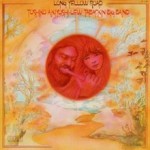 Contrary to popular belief, the Big Band Era didn’t end in the 1950s when the popularity for the form diminished in sales. Big bands have continued throughout time and still exist today. One of the premier big bands of the mid-to-late 1970s was the Toshiko Akiyoshi-Lew Tabackin Big Band. The group released a clutch of seminal albums for RCA records in the ‘70s featuring the piano playing of composer and arranger Toshiko Akiyoshi and the wild’n’wooly saxophone and flute artistry of her husband Lew Tobackin. Several years ago, Mosaic Select released an exceptional three-CD set featuring all of the group’s RCA records. While the release was a “limited edition” of 5000 (as all Mosaic Select releases are), you can still purchase this essential set online. In the 1980s, the group relocated from Los Angeles to New York where they continued to perform through 2003. This rare performance dates from the 1990s. All told, the group released a total of 23 records.