You are here: Home / Music / Alternative / Song Of The Day by Eric Berman – “Missing Pieces” by Jack White 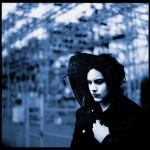 The question on many people’s lips this day was which band would he bring with him…the girls, or the guys? The “he” in question was headliner Jack White who has been touring with two separate bands, one consisting solely of women and one of men. And the answer to the question was plainly…YES! Right out of the gate, Jack White exploded onto the stage full throttle with “Sixteen Saltines” backed by the guy band. The first half of his set backed by the guy band was somewhat sluggish with fits and starts of adrenaline, but it was the second half starting with “Love Interruption” backed by the women where White began to sound more and more like, dare I say, classic Led Zeppelin. The ladies were a more consistent outfit and they brought out the best in White. When it was encore time, White broke into his Raconteurs songbook for a rollicking “Steady As She Goes” and then dipped into White Stripes territory with “Seven Nation Army” ending what was a fine closing set at Lollapalooza. Ahh, but there was so much more good music today to match the splendid weather…the set by At The Drive In was a more than welcome reunion that had lead singer Omar Rodríguez-López breaking into humorous dialog between songs that pummeled the audience into submission. Their set was less “proggy” than Omar and Cedric Bixler-Zavala’s current band The Mars Volta. One of the big surprises today came from Santa Cruz band Devil Makes Three, an acoustic three-piece whose folk-plunk blend of country, bluegrass, rockabilly and cow punk started the day off with a blast of down home wood and strings. New Jersey’s Gaslight Anthem gave us their own special brew of “Bruce juice,” although at this point they’ve really outgrown the comparisons and have come into their own with a set that was long on well performed solid songs. Swedish outfit Miike Snow had people up and dancing throughout their set of tuneful ‘80s oriented electro-pop rounding out a solid day of music. Like any music festival worth its salt, some choices had to be made and although it would have been great to catch the set by Florence + The Machine, it wasn’t meant to be this time ‘round. Kudus to S3 Security who managed to keep the crowd safe and under control like they do every year not only at Lollapalooza, but at Pitchfork as well. Lolla ’12 – OUT!