You are here: Home / Music / Electronic / Song Of The Day by Eric Berman – “Never Gonna Cry Again” by Eurythmics 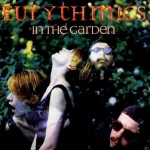 The duo of Dave Stewart and Annie Lennox took the ’80s by storm with their synth-pop cocktail of infectious melodies and cool detached vocals. The duo met in the mid-70s and performed in the bands The Catch and The Tourists who released several records with minor success. After the Tourist split, Dave and Annie formed Eurythmics in 1981 with assists from Holger Czukay and Jaki Liebezeit of the group Can, and Clem Burke of Blondie. Their debut album, “In The Garden” followed, although it did not receive a release in the US until the late 1980s. This is their first video clip, which also didn’t get an airing on these shores until much later. Superstardom followed with the release of the “Sweet Dreams” album in 1983 with a string of hit albums and singles released through 1990. I went to see them at The Ritz in NYC in 1984 on their “Touch” tour and from what I can remember, they were very good. Since their breakup, Dave had released many solo records, soundtracked some films and has produced albums for the likes of Tom Petty, Mick Jagger, Ringo Starr, Stevie Nicks and Joss Stone. He is also a member of the group SuperHeavy along with Mick Jagger, Joss Stone and Damian Marley. Annie went on to release several chart-topping albums including “Diva” in 1992 and “Medusa” in 1995. The duo have regrouped sporadically over the years, the last time was for a Greatest Hits album in 1991.