You are here: Home / Music / Classic Rock / Song Of The Day by Eric Berman – “Coconut” by Fred Schneider 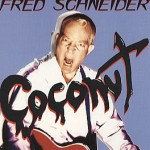 You may not recognize him by his name, but just one listen to the song and you’ll instantly recognize the singer as the lead voice of The B-52’s. The song, of course, was written and originally recorded by Harry Nilsson back in 1971 on his “Nilsson Schmilsson” album and quickly became a hit. It is now considered, with good reason, to be a rock classic. This version comes from an exceptional 1995 tribute compilation called “For The Love Of Harry: Everybody Sings Nilsson” featuring covers of Nilsson’s best songs by such artists as Randy Newman (“Remember”), Aimee Mann( “One”), Ringo Starr with Stevie Nicks (“Lay Down Your Arms”), the vocal dream team of Gerry Beckley (of America)/Robert Lamm (of Chicago)/Carl Wilson (Beach Boys) (“Without Her”), Brian Wilson (“This Could Be the Night”), Adrian Belew (“Me And My Arrow”), Ron Sexsmith (“Good Old Desk”) and a whole host of others filling out this essential 21 track collection. The fully annotated CD has long gone out of print, but you can still purchase a download of this collection on Amazon. And better yet, while you’re there, purchase some of Nilsson’s own albums as well!