You are here: Home / Music / Classic Rock / Song Of The Day by Eric Berman – “Sailing Shoes/Hey Julia/Sneakin’ Sally Thru The Alley” by Robert Palmer 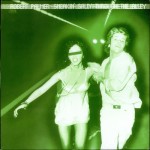 This is the opening triptych of songs from Palmer’s debut solo album from 1974. But it wasn’t the first time we heard from Palmer since he had been a member of the band Vinegar Joe before this releasing three critically acclaimed albums that were ignored by the public during the early ’70s. “Sailing Shoes” was a Little Feat cover written by Lowell George. The band backing Palmer on this album was indeed Little Feat who would continue working with Palmer on his second album, “Pressure Drop” the following year and backed him on tour. “Hey Julia” was a Palmer original, while the album’s title cut is an Allen Toussaint original. There is a great video on YouTube of “Sneakin’ Sally” that shows where the album cover shot came from, but it does not include the other two songs. (http://youtu.be/ICPAmS1TtIM – Thanks to Mike for pointing this out to me.) Palmer would go on to score numerous hits on the charts, create some of the most iconic music videos of all time and join forces with members of Duran Duran in the group Power Station. Palmer left us too early succumbing to a heart attack at the age of 54.