You are here: Home / Music / Jazz / Song Of The Day by Eric Berman – “Syeeda’s Song Flute” by John Coltrane 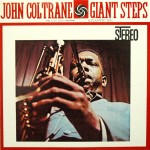 Two weeks after participating in the recording of Miles Davis’ watershed album “Kind Of Blue,” John Coltrane began sessions for his fifth album and first for a new record label. The record was “Giant Steps” released 52 years ago this month and featuring Tommy Flanagan on piano, Paul Chambers on bass and Art Taylor on drums. The song, a Coltrane composition, has a simplicity about it until Coltrane cuts loose. The Syeeda of this song title is Sayeeda Coltrane (also known as Antonia Anderson).  As a young child, Sayeeda moved to the Coltrane House when her mother, Naima, married John Coltrane. Naima also has her own classic song on this very album.