You are here: Home / Music / Classic Rock / Song Of The Day by Eric Berman – “Long, Long, Long” by The Beatles 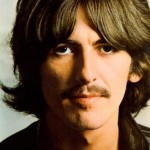 One of George Harrison’s most underrated songs and a highlight of “The White Album” for sure. The song was actually recorded by “The Threetles” since John Lennon was not present for any of the sessions. Lennon’s absence kind of illustrates the short shrift that Harrison’s songs were given during Beatle recording sessions, considering that songs like “Something,” “Not Guilty” and “Sour Milk Sea” were left off this album and “All Things Must Pass” “Isn’t It A Pity” and “Let It Down” were left off of “Let It Be” in favor of much weaker material like “Dig It,” “Maggie Mae” and “Good Night.” The rattling heard during the psychedelic meltdown at the end of the track was from a bottle of wine that was left on top of a speaker during the recording. Happy “mistakes” like this were often left in making the recording more interesting and more psychedelic. “Long, Long, Long” is one in a long line of Harrison love songs that can be directed at either his wife or the Lord.